TATMA represents a very small and select group of makeup artists to ensure only the highest quality of work and services are provided. 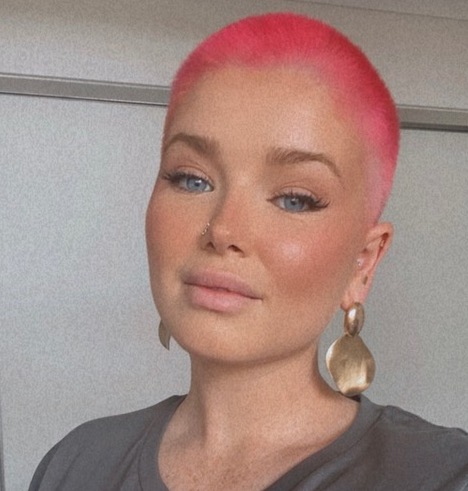 An Australian, US-based hairdresser and makeup artist, Carlie’s multifaceted skillset ranges from being in salon, to being in crowd rooms with high cast/extras turnaround as well as on set etiquette and maintenance. With strong administrative skills, Carlie prides herself in her detailed and systemically organised continuity recording and management.

Hair. Carlie completed her four year hairdressing apprenticeship in 2017. In her years based in a salon environment, she has worked for some of the most reputable salons in the Australian Industry such as:

In Carlie’s most recent position at Oscar Oscar Salons, she was the most highly ranked non-partner team member: Master Stylist & Master Technician. Overseeing most colour corrections and restyling sessions.In film, Carlie has worked with wigs, including maintenance and care; application and resetting. Carlie has been specifically employed to do continuity cutting and colour on both main cast and background. This includes initial character establishment and ongoing continuity.

Makeup. Since completing her makeup diploma, Carlie has worked on both main and crowd room teams in the film industry in Australia. Carlie’s film experience has required her create authentic makeup and hair looks through to current, modern briefs. This also includes men’s grooming.
Carlie has strong tattoo coverage skills which she attributes to working on both seasons of Young Rock. She also has fundamental understanding of basic wound and prosthetic application, maintenance and removals.

What people are saying about TATMA