TATMA represents a very small and select group of makeup artists to ensure only the highest quality of work and services are provided.

Shannon has worked for over 30 years in all aspects of the film and television industry, from international films, theatre productions, operas and with high-end cosmetic companies. Some of her credits include Narnia: The Lion, The Witch and The Wardrobe, King Kong, Underworld 3: Rise of the Lycans, Aquaman, Pirates of the Carribean: Dead Men Tell No Tales and Unbroken.  Shannon has recently been working with the Queensland Ballet and the Queensland Opera on a number of productions in hair and wig departments. 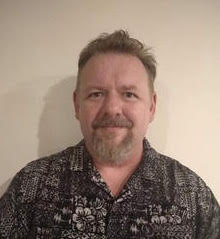 With over 35 years experience as a Lab technician and props maker working in Canada, USA, New Zealand and Australia specialising in Film and TV. Sean has trained  SPFX , prosthetics and prop manufacture in Makeup Schools In Australia and New Zealand for over 15 years. Sean is also a Qualified Tattoo Artist.
Sean has worked on
Movies:
TV programmes:

What people are saying about TATMA

“Elvis was a dream! Thanks so much for the quick turn around with the booking.”

Makeup and Hair Design by the amazing John Logue @

Congratulations to all the #logieawards2022 winne